Great progress was made in the week of construction before the opening ceremony.

The solar panels went up and within a few hours were powering all the internal lighting, the access ramp was constructucted, the high level window frames and temporary glazing was fitted, the inside was finished and trimmed, and painting began on the window frames.

Unfortunately the build wasn’t completed for the opening, but the sun came and and it looked beautiful all the same. 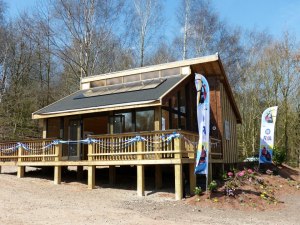 The Opening was a great success, the sun was shining and lots of people came to witness Tracy Edwards MBE cut the ribbon and pronounce the centre open.

It was a great honour to be part of the day and to be recognised for the efforts of the design and build, everyone was very complimentary and i am really happy with the progress of the build.

It is much better than i had imagined and i look forward to the centre being completed in the next few weeks. 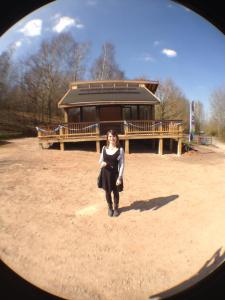